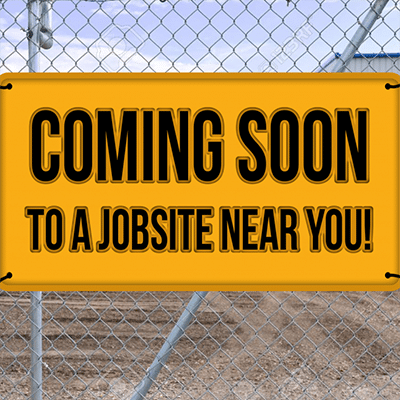 Henry Ford famously said, “If I had asked people what they wanted, they would have said faster horses.”
Chuck Justus, owner of Green2Go Rental Power & Light, a supplier of eco-friendly rental power and field lighting products, quotes Ford while explaining an industry that refuses to change. “On one hand, you have smaller rental houses that are mom and pops and don’t take chances, and on the other hand, you have large companies that are slow to change,” said Justus. “Because of the lack of innovation and this unwillingness to change, both sides are killing product evolution in the rental industry.”

Justus’ work experience helped him develop his patented technology. Years ago, he worked for a large company that manufactured equipment and saw engineers wringing their hands trying to find a solution when in 2015, a large portion of diesel engines in mobile applications were required to meet heightened emission standards. Contractors had to look in different directions for alternatives, according to Justus, which led to increased acquisition costs for generators and a longer learning curve for both technicians and end users. Power and lighting equipment were becoming more complex.
In 2016, Justus started Green2Go, an emerging supplier in the rental power industry in St. Louis. According to the founder, his products challenge the status quo and add innovation to an industry that had seen little innovation over the last fifteen years.

“I saw an opportunity I call ‘radically different’ and I took a chance,” said Justus, who cites St. Louis Art Fair as a client that uses his generators. “They were spending north of $50,000 in electric rental and installation for their festival. With my product, the were able to save 50 percent on electrical infrastructure.”

Keith Jackson, president and owner of 24/7 Onsite Cameras, also uses the words “radically different” when describing his mobile camera trailers. Jackson says there has always been security and there have always been cameras, but there hasn’t always been the ability to rent security mobile camera trailers.
“The concept of onsite security cameras is fairly new,” he said. “I took these two concepts – security and cameras – and customized them for jobsites. I made security trailers that were customized to be mobile and rentable because I saw the emerging market and need for this technology.”
There is a radically different mindset for renting versus owning security equipment, according to Jackson.

“You have to think about what can go wrong with a piece of equipment and how to meet the harsh demands of the environment. There is no rulebook,” he said. “You find a need and develop the product to fit the need, but if you’re going to rent it like we do, you have to industrialize it and be willing to invest the dollars in production and in owning that product for a long period.”

In addition to embracing and understanding the nuances of an emerging market, Jackson said he also pours much time and expertise into thinking through the manufacturing process. “For instance, when my mobile camera trailers travel, they have to have the capability of being lowered to a certain level so they can be transported by truck. From the industrial housings that store the electronics to the solar panels that make the product stand-alone, each production detail is customized to be ‘road rental ready,’” he said.

Jackson’s experience in the rental industry spans more than 25 years. When he launched 24/7 Onsite Cameras in 2010, Jackson says no one was renting mobile security trailers. “Few companies saw the need to have security on their jobsites,” he said. “Instead, they bought extra product to counteract the anticipated loss of supplies on a jobsite and hired security guards when necessary. Rental units never sleep, never take breaks or bribes, and have a photographic memory.”

Contractors today see beyond the benefit of security alone, according to Jackson. They can consolidate manpower, remotely oversee deliveries and contractors and reduce theft on their jobsites. Safety on jobsites is improving with onsite cameras, he says, because surveillance increases worker awareness. Mobile security trailers continue to change the jobsite culture.

The education process remains a big component of his long-term success, according to Jackson. Once contractors realize the return on their investment is beyond jobsite security, they become loyal customers. “But the industry is slow to change,” he said. “Hurdles in this emerging market are setting precedents with price and changing customer perceptions and expectations. Customers want to continue to do things the way they have always been done. Unfortunately, sometimes it’s too late. We are the least expensive first option and the most expensive last resort.”

Another business owner changing the culture of the jobsite and willing to invest in innovative equipment is Chase Darrah, owner of ChaseCo Equipment Rental & Sales. With four locations in the Midwest, Darrah started his rental company in 2004 after working in equipment sales for one of the largest Ditch Witch dealers in the world based out of Sullivan, MO.

In the 2000s, Darrah noticed the trend of contractors renting equipment rather than purchasing it.

“It made total sense to me,” Darrah said. “Why pay for the insurance, maintenance and taxes and have that fixed cost on a piece of equipment that you don’t use every day?”

Like his colleagues Jackson and Justus, Darrah saw an emerging market in renting advanced equipment that could change the landscape of jobsites. Every year the percentage of equipment that is rented versus purchased increases, according to Darrah. “I saw an unfulfilled need before other rental houses did, and I was willing to invest the dollars into my vision.” Like Justus, he faced a slow-to-change industry that favor adapting to new technology.

Darrah currently stocks Ditch Witch vacuum excavators (hydrovacs) in his rental fleet, trailer-mounted vacuums on steroids with high-powered water pressure systems commonly used in the directional boring field. This product, however, is in its infancy stage with so many unknown uses, Darrah says. ChaseCo Rental was one of the first equipment rental companies to purchase these in the country, according to Darrah. “I knew we could present these to our existing customer base involved in directional boring, but I also knew we would have to educate our other customers in other markets for our rental revenue to increase. It has been a long road, but every year the demand is rising,” he said.

Darrah says uses for this product are plenty, but it takes a while to get customers on board. “We went through the same process with mini-excavators when we first opened,” he said. “Many of our customers were using full-size backhoes at that time and thought mini-excavators were a joke. But eventually, when they needed to rent an excavator, they began to see the many benefits that excavators provided over backhoes.”